Blendwerk was started during a residency in the Ukraine in summer 2015. The trilogy is all about smoke and mirrors. It takes a closer look at the crumbling fronts of turbocapitalism and unmasks the tiny cracks in the middle of the spectacle's fashionable surface.

Blendwerk consists of a video loop, a mockumentary and a fashion campaign. It is a collaboration with media artist Birthe Blauth. The musical scores for the videos were composed together with Ruslan Boyarin.

"The borderland is transparent.
I'm standing inside and I'm looking straight at the outside world.
When did this story start?
And what did I forget to tell you?
The copy lies ahead of me. This is reality!"

Two protagonists are on their course in the borderland between East and West. Their movements remind us of the moves in a chess game. The game of chess all told to be a war game - as any game or no game at all. But who wants to hear about this? A third protagonist dressed elegantly like a croupier observes, comments and takes influence on the rhythm of the game.

"People have become spectators.
Spectators are the ones surving the game.
Acts of war appear rapidly.
When the going gets though, the though get going.
You can't make an omlet without breaking a few eggs.
One man's trash is another man's treasure."

The mockumentary documents that, within perfectly staged and fake realities, fairytales can become true. Three artists receive a stipend, travel to a residency, work very hard – and become incredibly successful. Their works are presented and discussed everywhere. Finally they are honored with the prestigious International Dill Award. The episodes that focus on the International Dill Award are based on a series of public interventions. During their residency the three artists created hundreds of stickers and posters announcing their fake award ceremony. They pasted them everywhere in Lviv. They even managed to introduce their fake art prize during a highly frequented international art conference. It was a guerrilla intervention, neither announced nor allowed.

The third part of Blendwerk also concentrates on the mechanisms of deception. This time architectural feints are the centre of attention. Similar to the facades of the houses, which have been repaired again and again, Stephanie Müller transformed lost & found textiles and second-hand clothes from Lviv's local markets into costumes that mimic the city's crumbling but patched architecture. The result of all this is Army of Surfaces, a premium fashion collection. Together with her fellow scholars Birthe Blauth and Klaus E. Dietl, Stephanie launched a fashion campaign to present the collection via various media. Thereby they imitated the marketing strategies of international premium brands. Billboard posters were produced and spread around the city.

Besides the billboard posters the artists also distributed high quality sed cards. Each sed card is equipped with hand-painted "scratch off" perfume samples. Together with a local pharmacist, they elaborated three different scents: Soft Slab, Splendid Swell and Seminal Shell. All smells have a base note of dill (a herb often used in Ukranian cuisine), a good smelling facade and a less pleasant odor in the background. The idea was to create a kind of uncanny camouflage consisting of a fashionable costume and a well-fitting but obtrusive odor. Soft Slab is a warm, round and clean smell enriched with old fat and moist waste. Splendid Swell is an avant-garde mixture of incense, pigeon droppings, damp grass and wet paint. Seminal Shell allures with sea breeze and depth of space, just to disturb with dust, mustiness and gunfire a few seconds later.

"You wanna hit the bull's eye?
You have to learn to see what you are looking at.
The better you look, the more you see!" 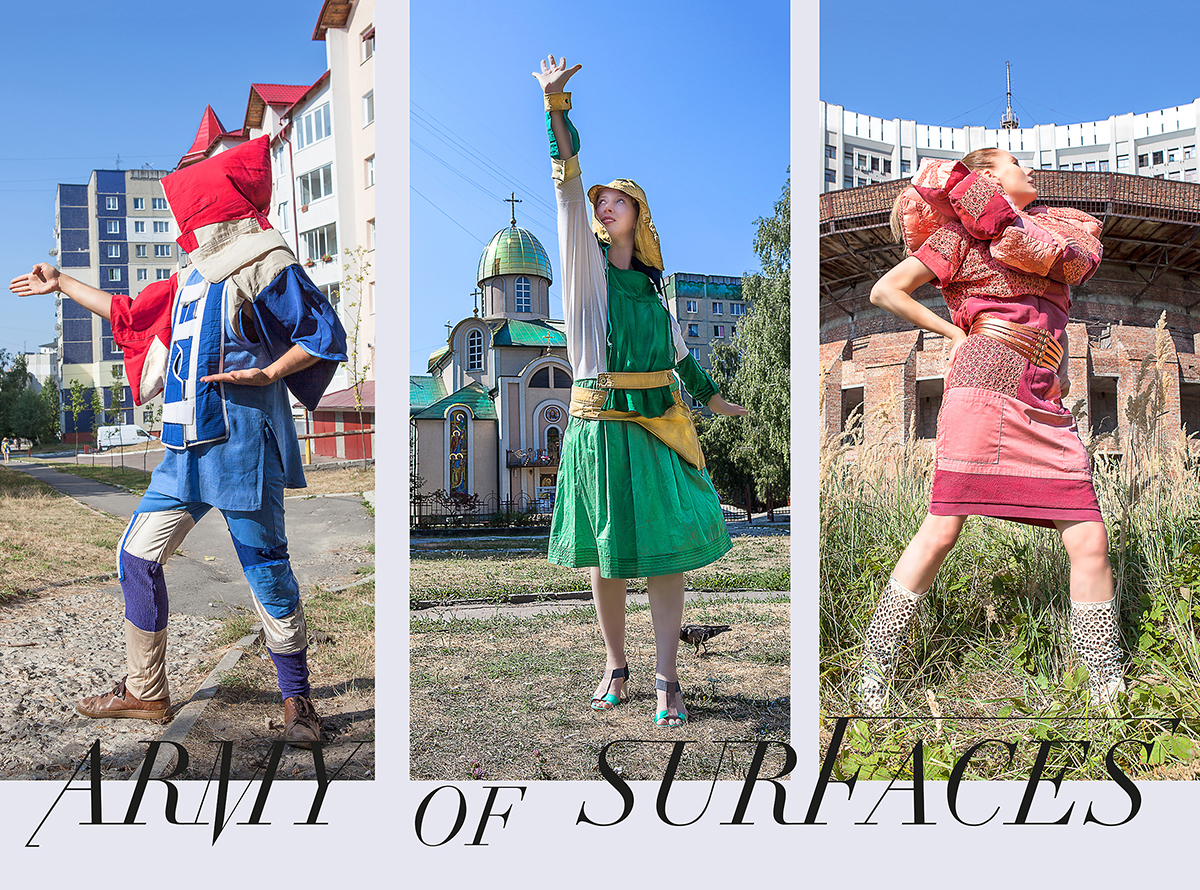 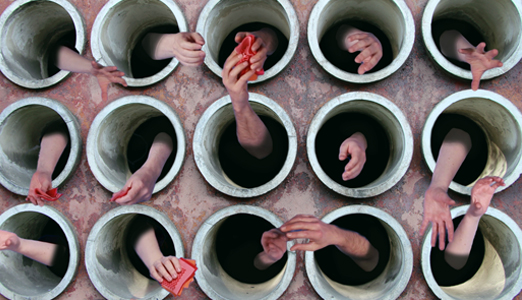 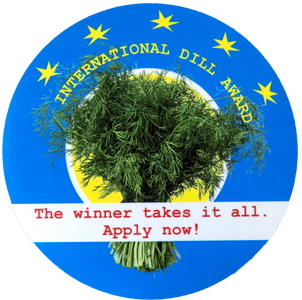 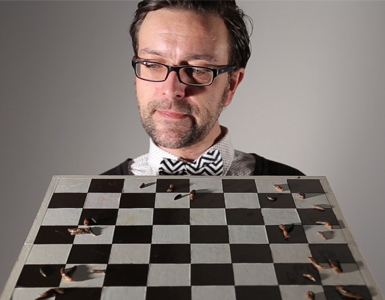 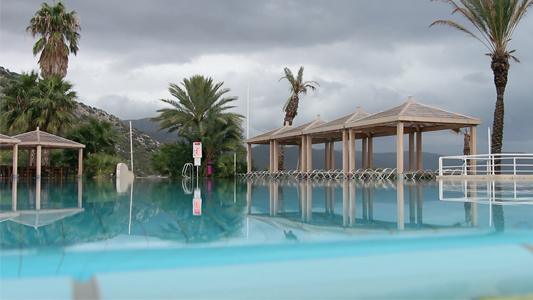 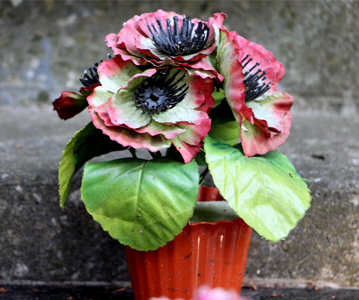 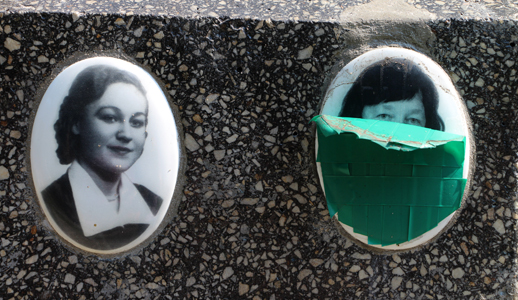 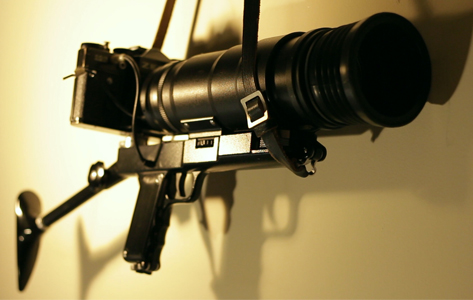 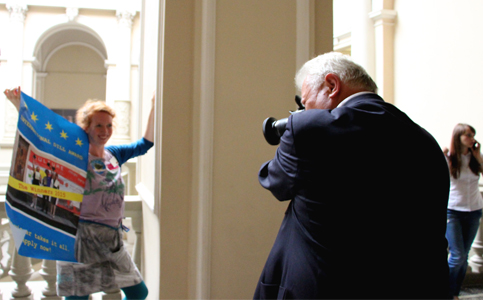 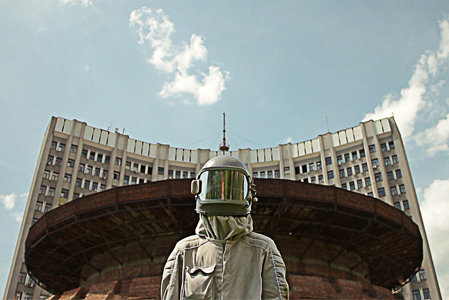 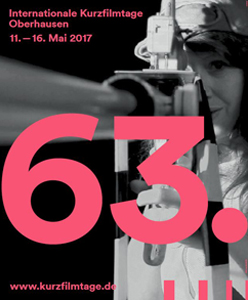 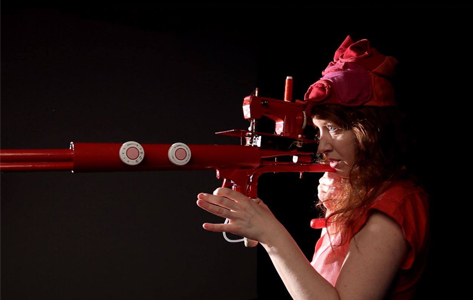 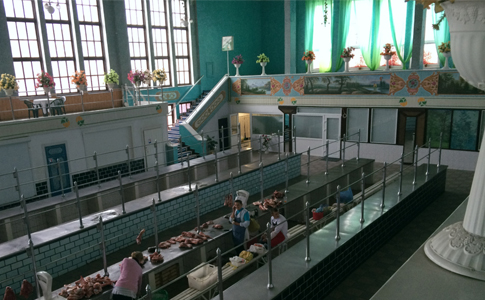 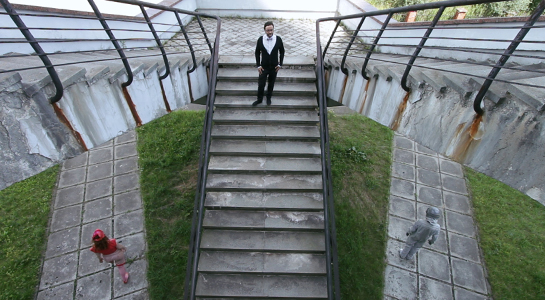 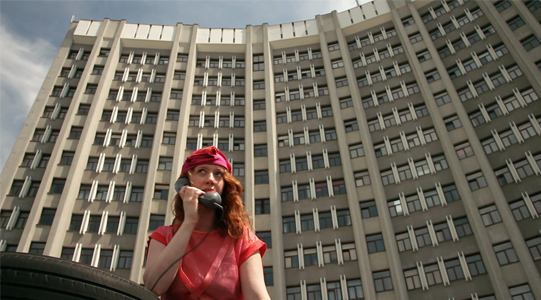